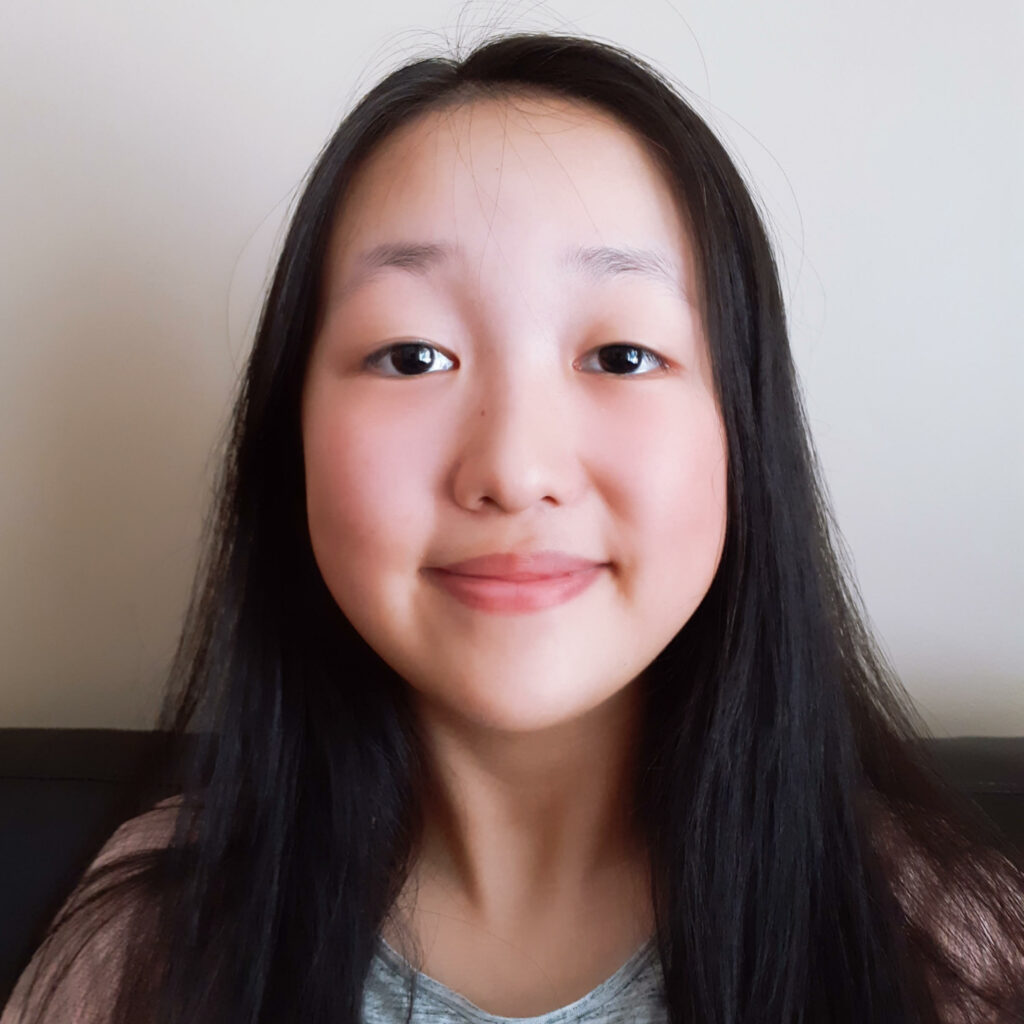 Teenage singer-songwriter Vanessa Wang has big ambitions to share her music with the world. Specializing in genres of electro-pop, pop, and electronic music, her original songs were on the 2020 City of Richmond Hill’s virtual Canada Day celebrations and have been featured on the Richmond Hill Centre for the Performing Arts’ a.Part{of} program, showcasing the talent of local musicians in these different times. With her ability to produce, sing, play instruments, and write songs, she is an active member of her local musical community, and wants to share her voice through her original music with the world. 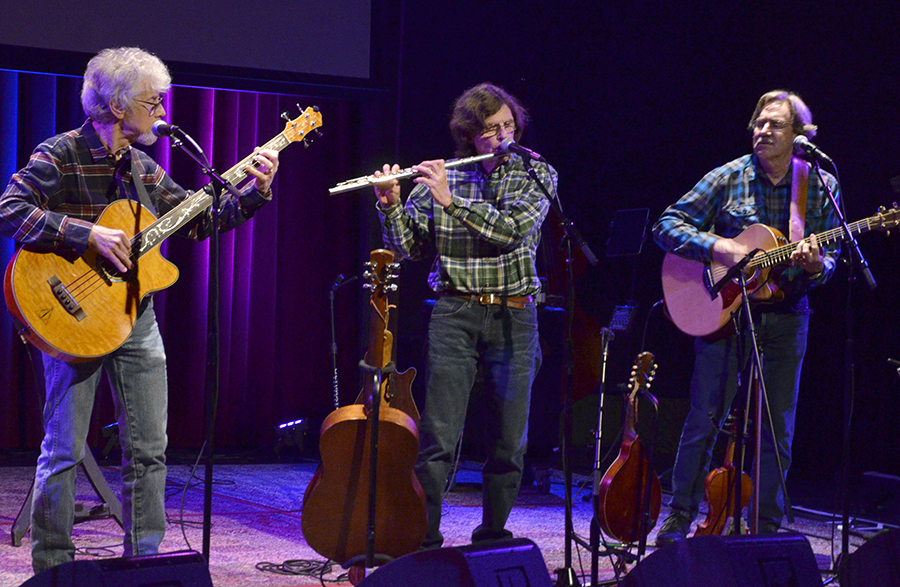 Woodlander is a longstanding musical brotherhood, a trio of musicians who have played together since the 1970s. Their music is an upbeat blend of folk, bluegrass, country, Cajun, swing, blues and reggae, among other roots of Americana music.  They are the acoustic nucleus of the popular Northwest rock/country/bluegrass band called Wheatfield (www.wheatfieldoregon.com), which was inducted into the Oregon Music Hall of Fame (www.omhof.org) in 2011.  As an acoustic Americana trio, they perform on a variety of instruments with rich three-part harmonies, with a strong tilt towards original songs and a well-developed talent for entertaining their audiences.

Woodlander consists of Kerry Canfield on bass guitar, upright bass and accordion, Paul Douglas on guitar, fiddle, harmonica and melodica, and Will Hobbs on guitar, mandolin, harmonica and flute.  All three write, and Will has several local and national songwriting and lyric competition wins to his credit.  With three singers and multi-instrumentalists, you can expect many three part harmonies, along with various combinations of instrumentation and musical influences.

Woodlander’s first CD, Oregon Routes, is self-produced and self-engineered, and they performed and sang all parts:  between them, they played 15 different instruments, sang all of the harmonies, and wrote all but one of the songs.  It has met with good reviews such as one by Leicester Bangs, which said “. . . the trio’s whip smart playing and windswept vocals provide much to be enjoyed, and fans of old school country and unplugged Americana are in for a particular treat.”

Woodlander is currently recording tracks for their next CD. 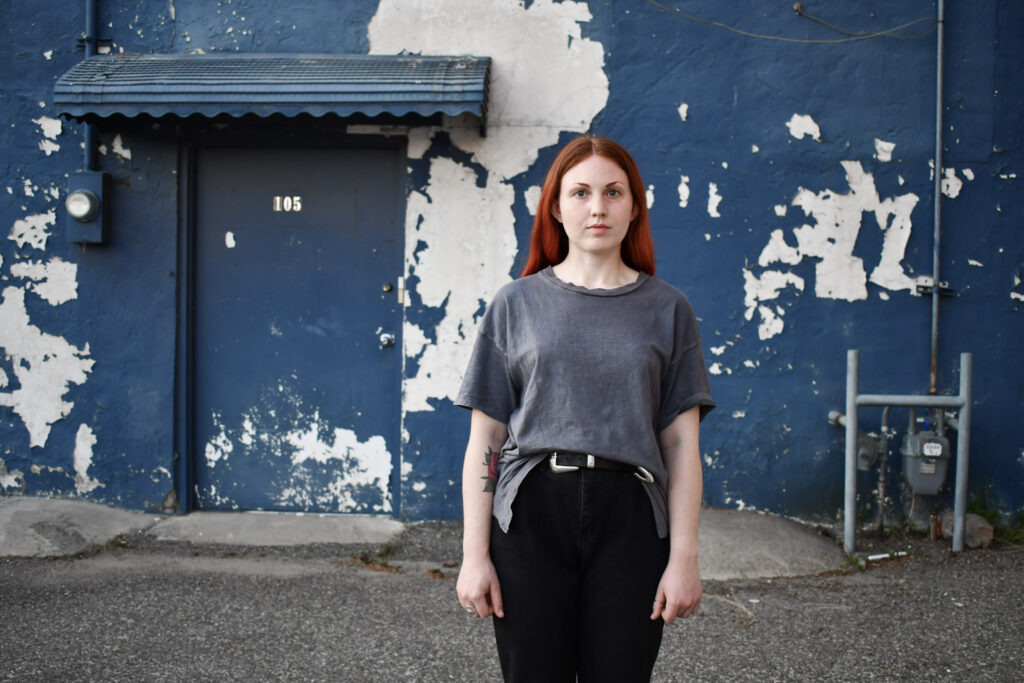 Woman Alive is Lauren Wanamaker, a native of Richland, WA and a Tumbleweed veteran.  She began writing and performing original music in high school, and enjoys blending genres for a unique sound that lands somewhere between folk rock, indie pop and Americana. 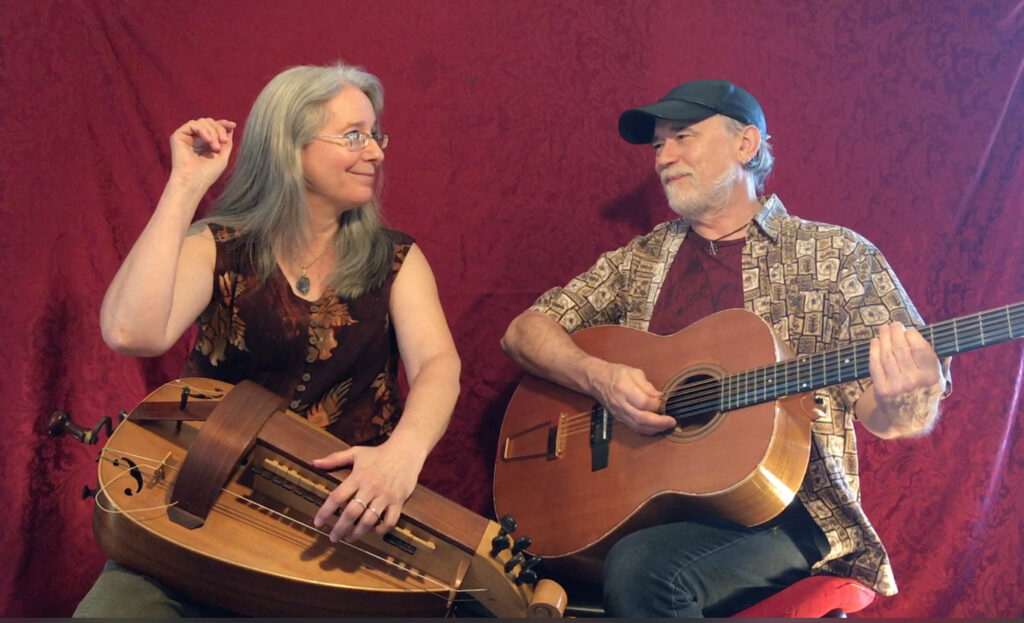 William Pint and Felicia Dale have boundless enthusiasm for creating music and sharing it with their audience. Critics have delighted in their recordings and crowds have listened, laughed, shed a tear and sung along with them wherever they have played.

With guitar, hurdy-gurdy, octave mandolin, violin, whistles, harmony, joy and pure energy Pint and Dale entertain and perhaps enlighten as well, giving listeners an insight into another age. There is humor and drama on a great scale.

The hurdy-gurdy or vielle-à-roue (a rarely seen and heard musical instrument dating from the 12th century) features a keyboard and a cranked wheel. It produces sounds similar to a bagpipe with drones, melody and rhythmic percussion.  Traditionally used in French dance tunes, it is capable of a wide range of musical expression.

William and Felicia record on Waterbug, one of America’s most respected independent labels. At this time they have recorded ten critically acclaimed albums: Port of Dreams, Hearts of Gold, Round the Corner, When I See Winter Return, Hartwell Horn, White Horses, Seven Seas, The Set of the Sail, Blue Divide and Midnight on the Seas. Eight of these albums are devoted to music of the sea, primarily traditional songs from the great Age of Sail.

When you attend a live concert performance, you can expect it to include traditional and contemporary songs and tunes gathered from their many travels, songs and music from the rich heritage of the sea, and, of course, the inevitable hands-on hurdy-gurdy demonstration to a group of fascinated onlookers.  Lyrics to their recorded songs, reviews, concert tour dates, biographies and additional information can be found at www.pintndale.com. 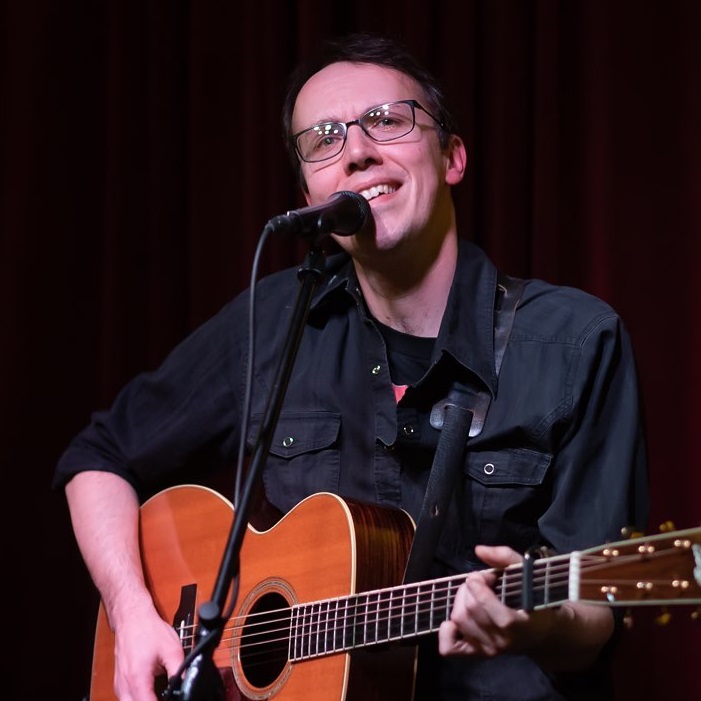 For the past twenty years, Wes Weddell has worked multiple shifts in the engine room of Seattle’s roots music scene as frontman, sideman, writer, teacher, and community-builder.  He has been an emcee for the Jane Titland Memorial Songwriting Contest for many years, and also each year makes a trophy for the winner of the contest.

Listeners have come to expect Wes’s regionally-rooted songs to be “Always heartfelt and well-constructed” (as the “Seattle Weekly” says), and to “speak for themselves” (No Depression).  You can find all of Wes’s music at his website, WesWeddell.com. 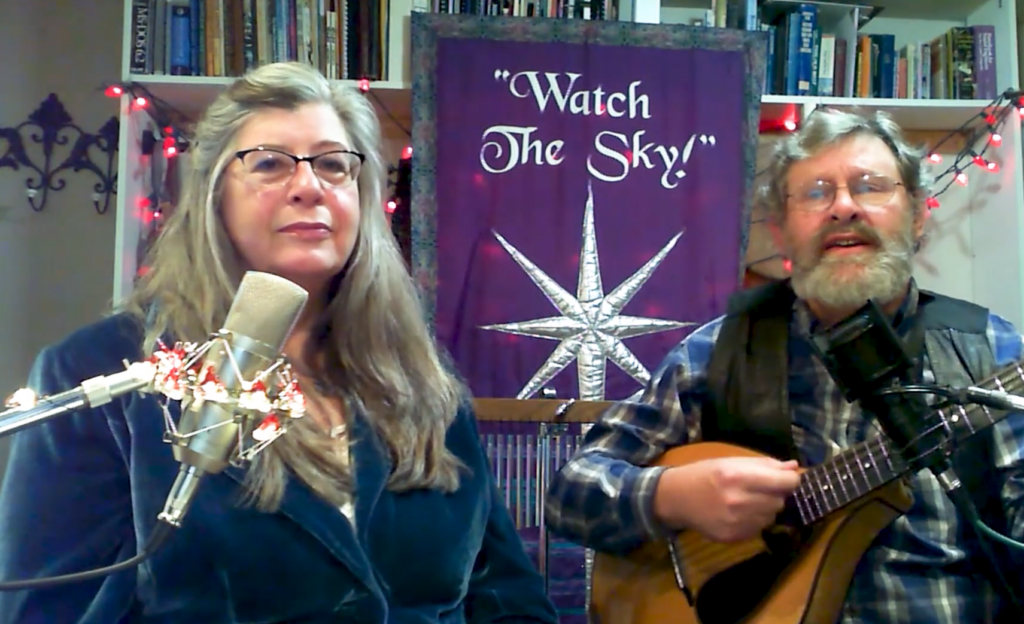 Watch the Sky is the husband and wife duo Chris and Jan Glanister.  They have played for over 20 years as a trio with Joe Wagner, but now it is just the two of them sharing an eclectic mix of  traditional Celtic and British Isles music and contemporary American folk.  They were featured in our 3RFS virtual Homebound Holiday Concert.  Jan has been a member of the Silver Lining Band; Chris is one of the Whateverly Brothers, and has also done sound on the North Stage for the past few years and served on the planning committee for Virtual Tumbleweed for the past 2 years. 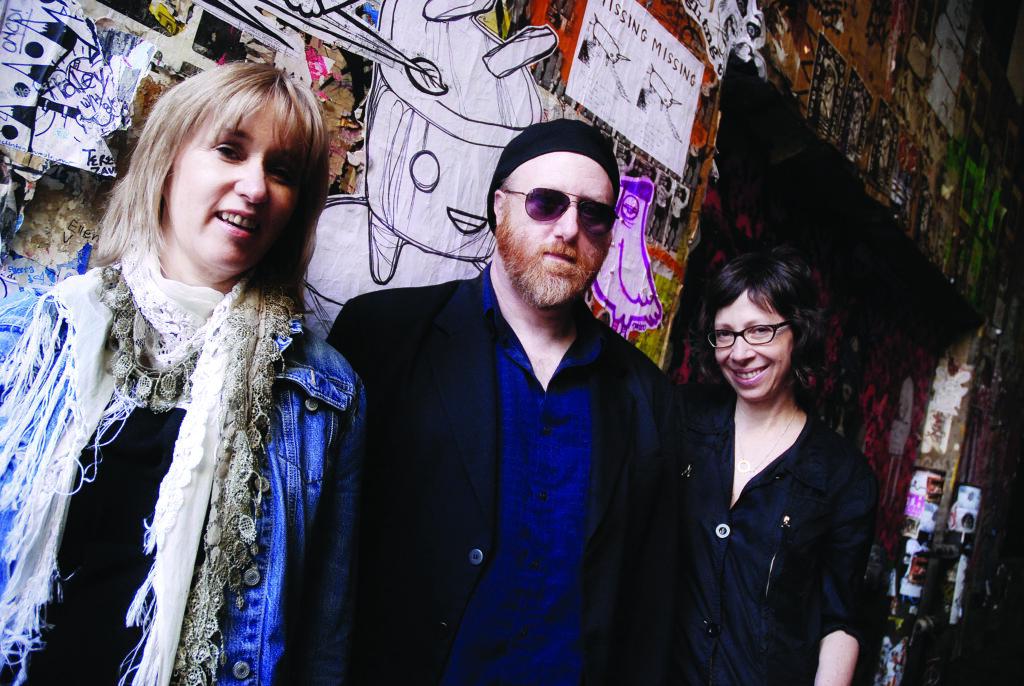 Seattle super-harmonizers Uncle Bonsai are the Tim Burtons of folk music – dark and hilarious, but with moments of great insight and beauty.  With three voices and a guitar, they present an often dizzying vocal array of intricate harmony.

The trio aligns itself with the underachiever, the dejected, the outsider.  Their densely-packed lyrics fly by in a whirr at times, and take a skewed stance on topics such as first-world problems, the creation of the universe, the afterlife, and, of course, holidays with family.  A little like Stephen Sondheim linking arms with Tom Lehrer or Frank Zappa in therapy with Peter, Paul and Mary. 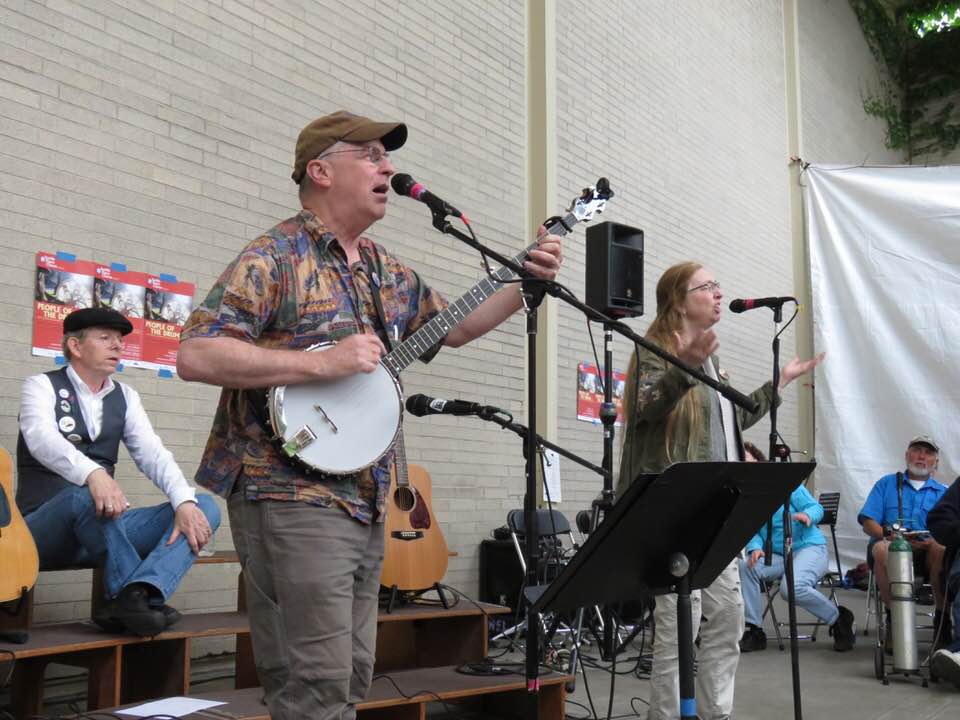 Tom Rawson, folksinger and storyteller from Orcas Island, Washington is the Northwest’s very own version of Pete Seeger. Armed with longneck banjo and other weapons of mass delight, Tom is a master of warmth and wit who loves to share his musical treasures with an ‘I know something you don’t know and you’re gonna love it too’ kind of smile’. From gospel to contemporary, profound to downright silly, Tom will have you singing, clapping, and laughing along all night.

Tom has been singing and storytelling on stage for over three decades. He is a self proclaimed “song harvester” with the goal of spreading the songs of contemporary songwriters as well as keeping traditional songs alive. Tom has performed at many events in the Pacific Northwest, including Winter Folk Festival (Florence, Oregon), Tumbleweed Music Festival (Richland, Washington), Northwest Folklife Festival (Seattle, Washington), Princeton Traditional Music Festival (Princeton, British Columbia), and Jericho Folk Club (Vancouver, British Columbia). In 2007 he performed at the Our Way Home Reunion peace conference in Castlegar, British Columbia, sharing the stage with Holly Near, Country Joe McDonald, and Rosalie Sorrels. Tom has performed with folk music regulars Bill Staines, Linda Allen, and Anne Weiss. He has been the song-leader at The Fellowship of Reconciliation annual regional conference at Seabeck, Washington, as well as at many Quaker gatherings throughout North America.

“Tom Rawson has a great talent for inspiring people to come together, and on this night, it was to sing along with nearly every song he played. With his disarming manner and generous heart, he fed us lyrics like he was cooking us supper. The result was a houseful of people united in song. I mean, since when do you go to a concert, and the focus is on the audience, not the ego of the performer?” —  S. Jaen Black, Orcas News and Review

“Enter Tom Rawson. Witty, energetic, and armed with banjo, lap dulcimer, and guitar, he takes the stage to warm applause from the crowd who has turned out to see him. Tom leads them in several classic folk singalongs—his grin broadens as the harmonies swell.  He teases them singing one called ‘This is NOT a Sing-along!’  You got it:  they sing along anyway, getting louder and fuller as Tom more stridently insists that this is NOT a singalong!  His wry humor continues with his rendition of “Key of R.”  In between the humor, Tom weaves thoughtful serious messages on topics like racism and war.  Most touching was a monologue about the last e-mail messages sent from the World Trade Center by the victims of the September 11 attacks.  When the show is over, Tom responds to thunderous applause by performing not one, not two, but three encore songs.  Hearing a great performer play at a great acoustic venue is a double treat. If you have a chance to hear Tom Rawson, DO IT! And sing along, even if he tells you not to.” — Hank Cramer, Victory Review 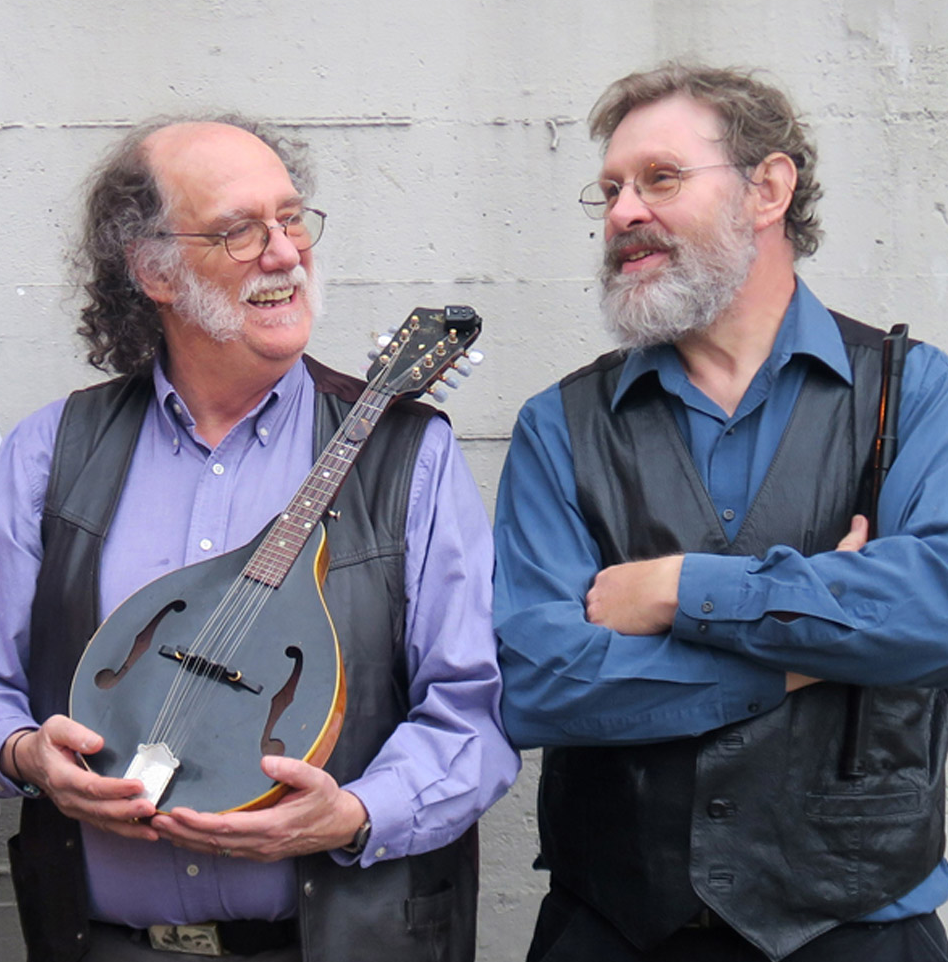 Just when you thought it was safe for folk music, The Whateverly Brothers return as a duo with their own brand of too many instruments, great harmonies, and way too much fun! 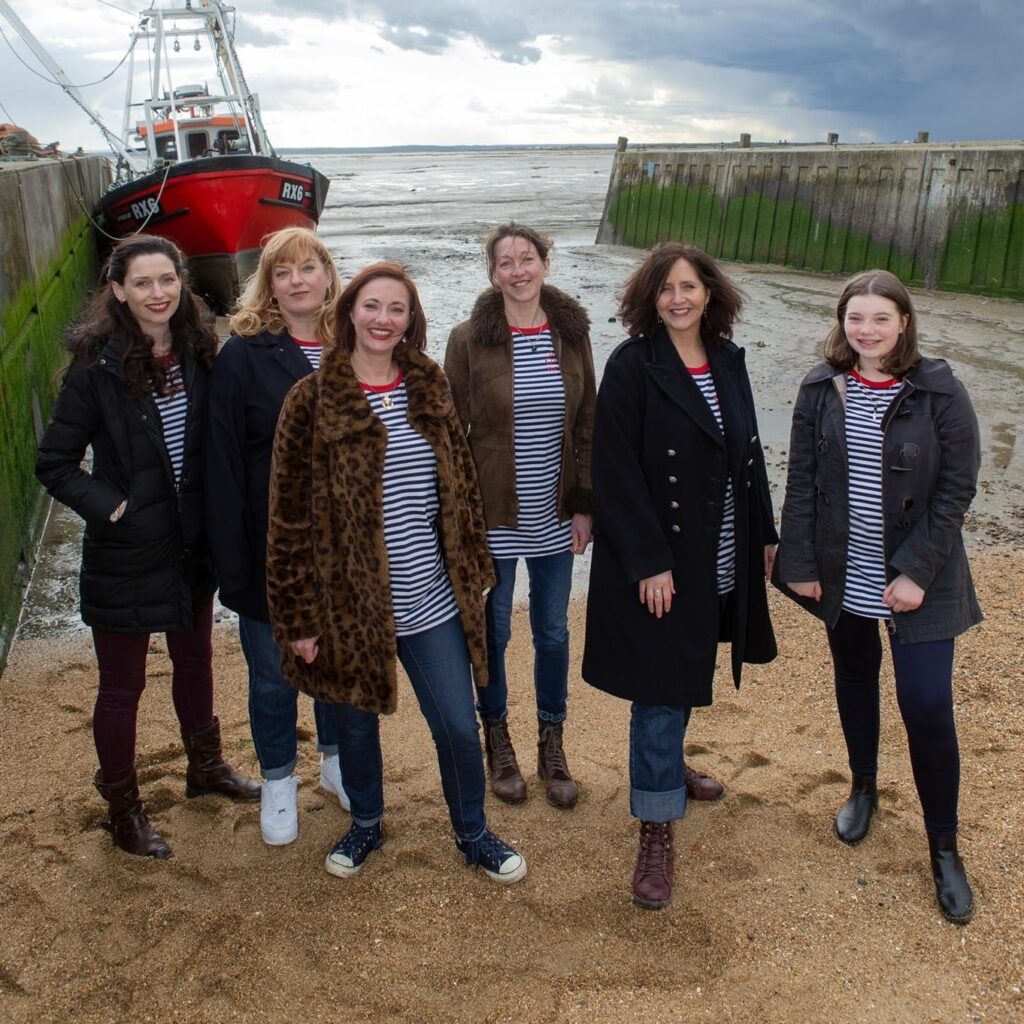 The Silver Darlings are a 6-piece, all-female shanty crew from South East England, singing a capella.  They weave traditional shanties with beautiful harmonies, and their enthusiastic and interactive performances mean that they always bring the shanty party to any festival.