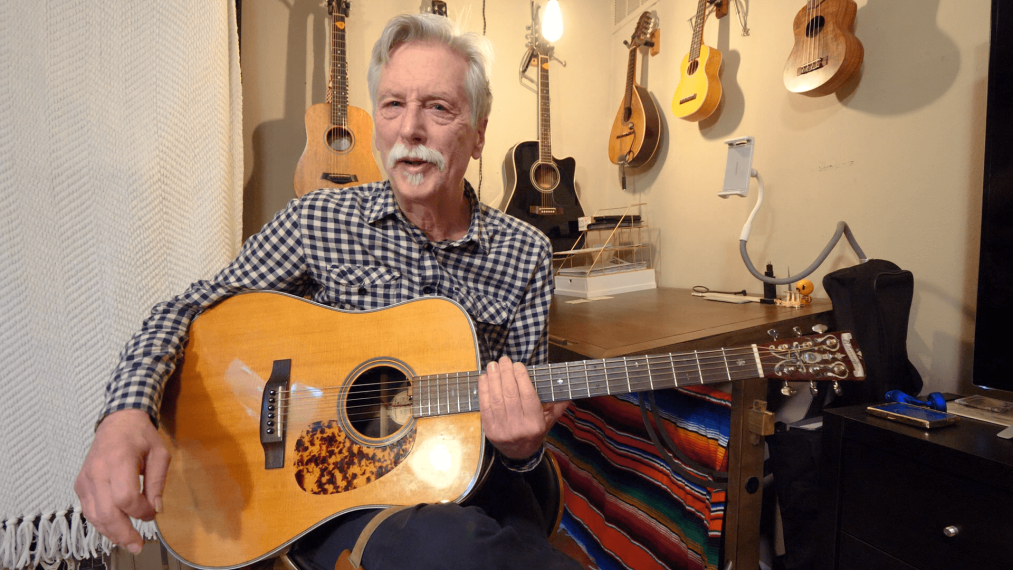 Alan Kausal is a guitarist, a writer and collector of songs: from Folk to Swing and in-between. He writes using different voices and styles, frequently tinged with a bit of jazz, but also showing his roots in folk and blues. His set here for TMFVirtual2020 is “From Folk to Swing and Inbetween.”

Alan has performed at seven previous Tumbleweed festivals, sometimes solo, sometimes as a part of a band.