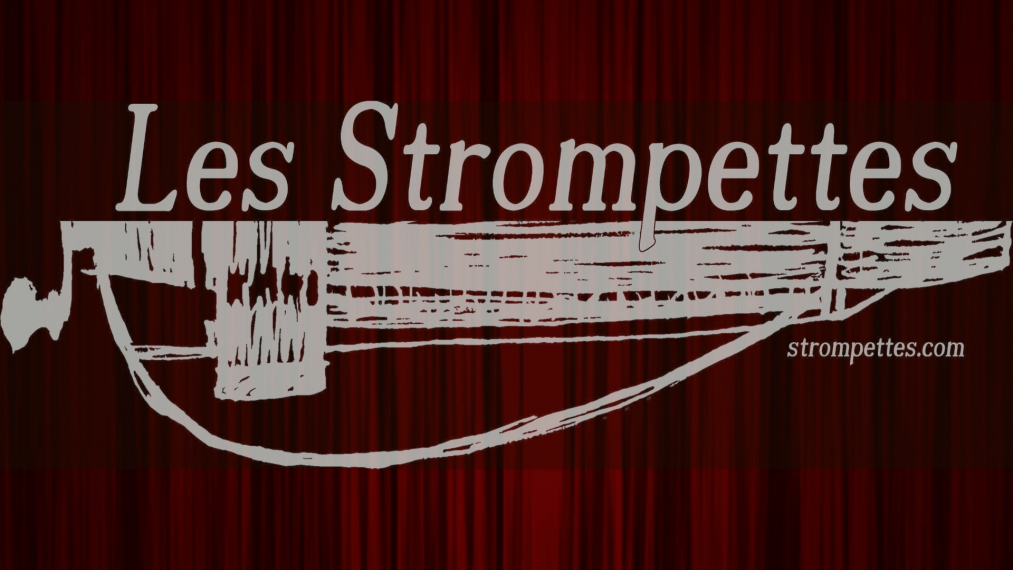 In Les Strompettes, two hurdy-gurdy divas join forces to weave an eclectic musical tapestry on the looms of long lost civilizations, shrouded in ancient folkloric mystery.
The hurdy gurdy is an almost extinct wheeled violin with a keyboard, drones, a percussion section and a mind of its own. It’s an impossible mechanical musical marvel of warped ingenuity hatched by a masochist with a passion for engineering and hard things to play, which goes some way to explaining the relative rarity of these fascinating instruments and the skill, bravery, doggedness and dubious sanity of those who dare to play them.
The trompette is the buzzy string on the hurdy-gurdy. It’s the most fun, most annoying, most compelling and most complex part of the instrument. We like it a lot; that’s why we named ourselves for it.
Lira Korbowa and Tiesse di Dj’va play hurdy-gurdies and a stack of other instruments, and have way too much fun. We are, at times, ably supported by “The Drones”: Mickeleen O’Rarity and “Fastfinger” Billy Two Pints, accomplished and fearless musicians with many years of foolhardy adventure behind them and many more, it seems, ahead.
Their not-so-secret alter egos, Felicia Dale & Tania Opland, spend their lives on the road with their respective husbands and music partners (William Pint and Mike Freeman).
So, on behalf of all of us at TMFVirtual2020, please enjoy this performance from Les Strompettes.