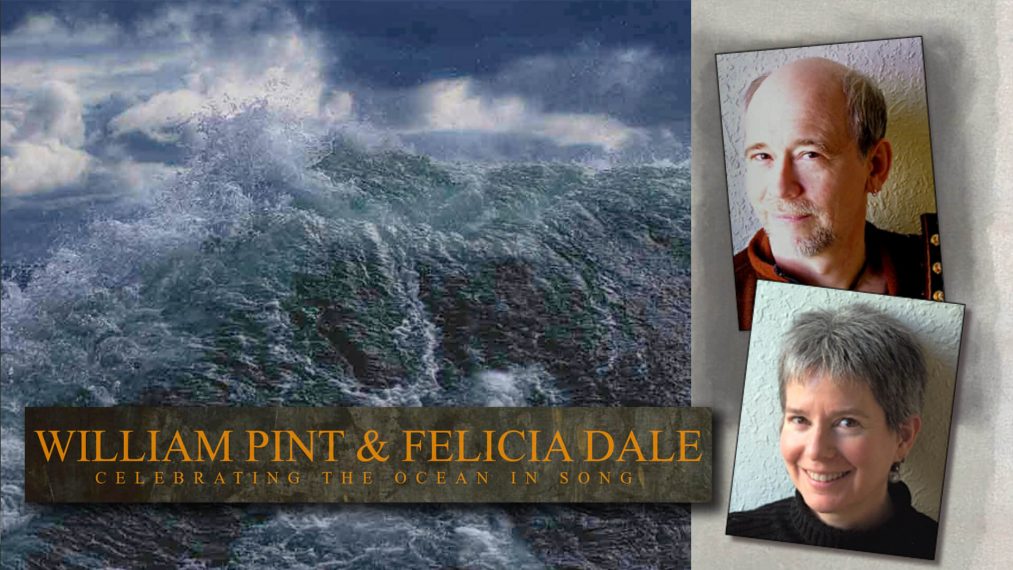 William Pint and Felicia Dale bring us an intoxicating blend of traditional and modern music reflecting the immense vitality of those who live and work on the sea. Pint and Dale’s music fits into the world of modern folk, rock and popular song, but it’s rich with the myth, narrative, rhythm, rhyme and lyric associated with the days of the tall ships.
William and Felicia have 10 Albums, which are for sale on their website, pintndale.com and are half of (with Tania Opland and Mike Freeman) “Les Strompettes,” a band led by dual hurdy-gurdies!